Bulgaria is a Balkan country which shares borders with Romania to the North, Turkey and Greece to the South and Serbia and Macedonia to the West. To the East of the Country there is a 380km stretch of Black Sea coastline and beaches.

It is a country of outstanding natural beauty, and although it covers an area of only 111,000 square kilometres the few hours it takes to drive across the country will take you from the snow encrusted mountains of the Pirin mountain range to the golden sandy beaches of the Black Sea. Along the way you will encounter a broad diversity of habitats giving Bulgaria one of the biggest ranges of flora and fauna in Europe and also some of the cleanest air and water.

Bulgaria is also one of the oldest countries in Europe. First established in 681 AD the area has been Bulgaria (named after the Bulgar people who first settled there. they were eventually absorbed into the larger Slavonic population) ever since. At one time under the rule of the Byzantine Empire and having endured five hundred years of Ottoman rule as well, the Country is steeped in ancient history. This gives rise to a wealth of historical and cultural sites. Monasteries, churches, ancient Thracian relics and monuments along with no fewer than seven UNESCO world heritage sites are all situated in the old towns and settlements of Bulgaria, one of the oldest and best preserved corners of Europe.

Call or email our offices for latest deals and offers! 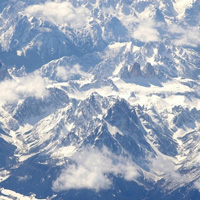 Whether you are a ski enthusiast, a beach lover or just want to sample one of the cleanest environments remaining in Europe, Bulgaria is the location for you!